The research found that Israel plays a central role for British Jews, with 93% saying the Jewish state plays a “central”, “important” or “some” role in their Jewish identity, and 90% supporting Israel’s right to exist as a Jewish state. It reflected significant concerns about the security situation in Israel with many respondents ambivalent about withdrawal from the West Bank because of security concerns (50% vs 33% support the proposition that “Israeli control of the West Bank is vital for Israel’s security”), despite commitment to a two-state solution.

Hannah Weisfeld, director of Yachad said of the findings of the report:

“The community is shifting. Feelings of despair, conflict between loyalty to Israel and concern over policies of the government are mainstream not marginal positions. The research shows we are more willing to speak out on these issues than ever before. Members of Anglo-Jewry who have previously been afraid to give voice to their concerns over Israeli government policy, should realise that they are in fact part of the majority.

This is against the backdrop of a Jewish community that remains fully committed to Israel and its centrality to Jewish identity.”

The full report and methodology can be read below.

Attitudes of British Jews Towards Israel (click to open) 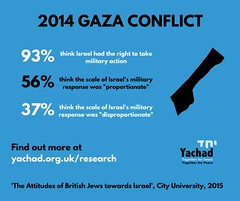 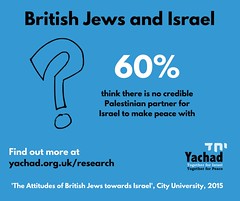 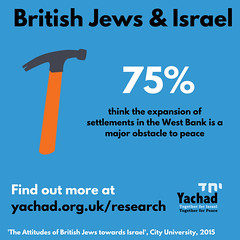 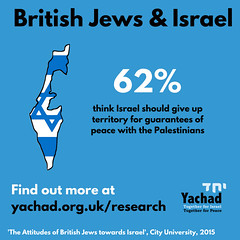